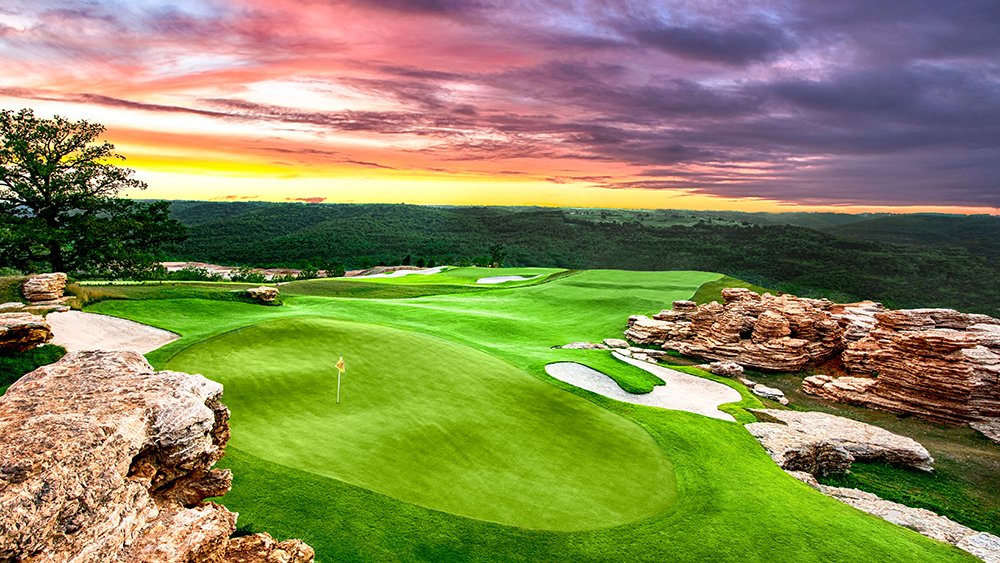 Gone are the days of the traditional golf courses and designs. As more and more sports enthusiasts migrate across the spectrum of sports available, the need for boundary-pushing, genre-bending alternatives to sectors that have long sat comfortably in the same niche is needed. One such sport is the game of golf. For years, the idea of the typical 18 hole course has been one that is prevalent among those that play. Below is a compilation of some of the most interesting courses available around the world. Some are interesting for their architecture, while others stand out more for their clothing requirements, or more specifically, lack thereof.

Australia is known for a lot of things, koalas, ostriches, and some radical waves. Adding to this list is the world’s most expansive golf course. Covering some 847 miles, the Nullbar Links course is an endeavor not for the faint of heart or a weary traveler. The course spans the length of the Eyre Highway and borders Australia’s southernmost coast.

Perhaps you are looking for something that isn’t quite as hot as the Australian sun? Perhaps you are looking for something much, much colder? Well, look no further than the course located in Greenland’s deceivingly very un-green sub-zero course located in Uummanaq. While certainly not the longest in the world, Uummanaq takes the cake at being one of the coldest courses in the world. Set atop glaciers and icebergs, this course is sure to test the reserves of even the most die hard golfers.

Maybe hot and cold just isn’t your thing? Perhaps you like to live life on the edge of your seat? Then maybe it’s time you hop on board the next flight to Sun City, South Africa. The Lost City golf course is home to some truly breathtaking fairways and greens, that is, until the 13th hole. This luck, or rather, unlucky hole has the reputation of being one of the most dangerous holes in the world. Home to nearly 38 crocodiles, trying to retrieve your ball from this water trap might be the last thing you ever do.

Have you ever been golfing and thought, “wow, there is just too much green here”, well Opal Fields golf course in North Australia is the answer to your conundrum. In fact, the only thing green you’ll be seeing here is the eight by eight tee off pads. The rest of the course is constructed via pebbles, stones and rocks.
Looking to get the most drive out of your swing? Well you should look no further than the course at Gulmag, India. Taking a swing at this golf course will see that your ball travels further than ever before. Why exactly is that? Well, due to the elevation ( nearly 9,000 feet), the air is much thinner and thus, less resistance being put on your ball as it soars to the next hole.

All of this sounds great but perhaps just a little too restrictive? Maybe it’s time you loosened that polo, and while you’re at it, just take the whole thing off. Heck, while you’re at it, just drop everything and join the rest of the golfers at La Jenny of France who golfs in the buff. Golfers of this course play all 18 holes clothes-free. The course also hosts a variety of tournaments that take place during the year. So drop your drawers and just be a little more careful where you swing that club.

Are you looking for Golf Club Hamburg? Be sure to visit my site Hamburg Minigolf

What Are Top Advantages Of Constructing a Play Set In Your Yard?

What Programming Language is Used for Mobile Game Apps?

How Long Does it Take to Develop a Game in Unity?