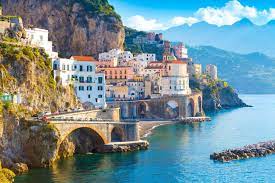 It is common for Bollywood to shoot a movie in a different country. By shooting movies in foreign lands they show us the different cultures, infrastructure, and locations that they have. In Sydney, Australia, a lot of top-rated movies have been shot there. There is no harm in saying that Sydney can be considered to be the hub of Bollywood movies. A lot more Bollywood movies have been shot in Sydney if we compare it to the rest of Australia. It simply means that shooting movies in Sydney provides the filmmakers a good location here. And from the point of view of Australia, their places become more popular by being featured in a movie which millions or billions of people are going to watch worldwide. It promotes tourism at such levels that Australia is trying to get more filmmakers to shoot in their country after seeing the success that these films have provided to them. On account of that, here are the top 5 Bollywood movies shot in Sydney, Australia.

’Dil Chahta Hai’ is the story of 3 friends with different characters – Akash is fun-loving but does not believe in the concept of love. Sameer is “ready” for love but does not know what it truly means. Siddharth is more of a serious kind of person, he is caring, sensitive, understandable. This Bollywood movie proved to be a super hit, most of the movie was shot in Sydney only. This Bollywood movie displays some of the most beautiful landmarks that Sydney has to offer. The famous song “jane Kyo”, was shot at breathtaking locations around Sydney Opera House, and at Sydney Harbour Bridge. Another heart-breaking yet deeply meaningful song “Tanhayee ” was shot at Milsons Point Railway Station, Waverley Cemetery, and Macquarie Lighthouse in Sydney.

“Bachna Ae Haseeno” is a romance comedy film. Its title “Bachna ae Haseeno” was taken from a song of one of the top-rated classic movies “Hum Kisise Kum Nahin”. The best part of the movie was shot in Sydney. This movie proved to be a hit at the box office, and it became the first hit of Ranbir Kapoor’s career, and it became the eighth-highest-grossing film of the year. Some people even say that this movie kick-started Ranbir’s career. If we talk about the part of the movie which was shot in Sydney, It shows some of Sydney’s iconic locations like Archibald Fountain, Sydney Opera House, Hyde; one of Sydney’s oldest and most popular parks.

This comedy movie was such a hit that the filmmakers got double the cost from this movie. This movie was based on 3 bachelors living in Sydney, it is a comedy movie, the entire movie was filmed in Sydney. It shows some of the most famous tourist destinations such as the iconic Sydney Opera House and Bondi Beach, as well as The Rocks, Darling Harbor, Botanical Gardens, these iconic locations are one of the many reasons this film was a success.

Another much-loved Bollywood film shot in Australia was Chak De India. This movie tells a story about honesty, sincerity, integrity, and unity. In this movie, the women Indian hockey team has to overcome their diverse background, by learning and using everything that life throws at them. This Bollywood movie was shot in two different locations Melbourne and Sydney, at the Webb Bridge, State Netball Hockey Centre, Melbourne Sports, and Aquatic Centre, and the Sydney Olympic Park, these iconic locations only added to the movie-watching experience. This movie is also known for being the first Indian movie to be shot entirely in Australia.

Although this is not a movie it’s a show, this is one of the most popular shows and the director made the right decision to shoot some of its parts in Sydney. It covers the honeymoon scenes of Ram Kapoor and Sakshi Tanwar visiting popular attractions such as Cricket Ground, Sydney Harbor Bridge, Sydney Opera House, Bondi Beach, and Botanic Gardens. Even the tourism department of Australia contributed AU$350,000 to the TV series, ‘Bade Achhe Lagte Hain’ (viewed by an estimated 25 million Indians). In return for this huge investment, they will get 60 minutes of footage showing a few of the most breathtaking and iconic places that Sydney has to offer.

We have prepared a list of the top 5 Bollywood movies shot in Sydney, Australia. These movies were super hit on the box office. They showcase the beautiful culture, locations, iconic landmarks, and famous jaw-dropping tourist attractions that Sydney has to offer. These locations play a crucial part in a movie’s success. These top-rated Bollywood movies have also helped in increasing tourism in Australia.